Although cryptocurrencies are laboriously produced, there is no fixed value that you can attribute to them. You can only determine the trend and the price through supply and demand.

In general, investor interest in digital currency is increasing. The general distrust of state banks is also driving many people to an alternative form of investment. 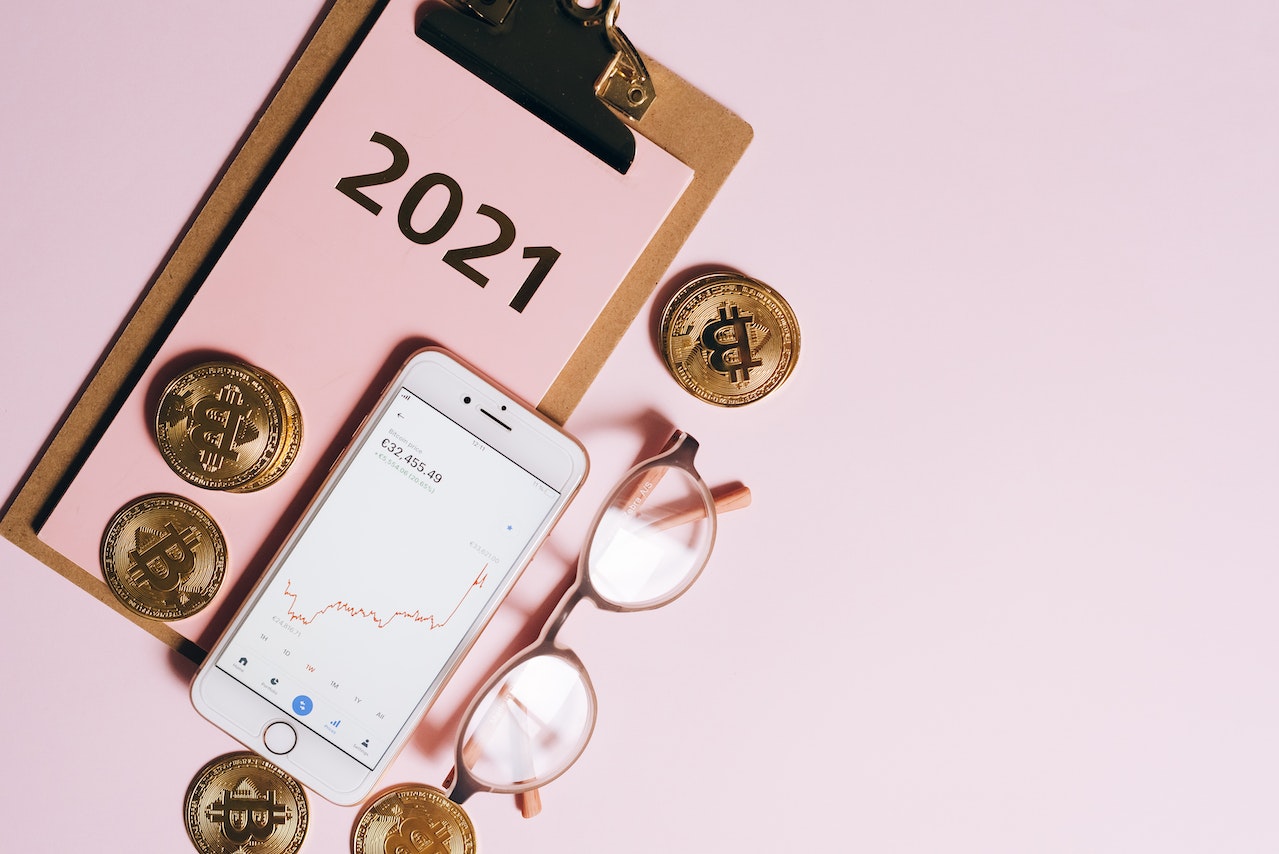 Along with options like the purchase of precious metals, bitcoin as a cryptocurrency is also gradually attracting the attention of investors. The boom could create opportunities through cryptocurrencies. However, you have to bear in mind that there can be extreme price changes with very high losses. As with all types of investment, it is important to weigh up the personal advantages and disadvantages.

The recognition of cryptocurrencies like Bitcoin as a method of payment continues to increase internationally. Bitcoin payment providers make selling made easy for any person to buy a wide variety of products or services, including real estate property, using the digital currency.

The real estate market has recognized the potential of Bitcoin and other digital currencies for payments.

These days, many websites providing real estate permit buyers to perform indirect and direct transactions with digital currency. Sites allow buyers to hunt for properties that agree to take cryptocurrencies.

How to buy a house with bitcoin (Crypto-to-Crypto)

If you discover a seller willing to accept crypto directly for their property, once the sale is agreed and all documents are signed, you can transfer the crypto equivalent of the price and send it to the seller’s address.

However, when it comes to crypto-to-crypto property deals, you have to calculate with the volatility of crypto and the level of trust between the contract parties.

To make sure payment goes efficiently, it is good to use an escrow provider so that all title papers are in your possession before paying the money to the seller.

How to buy a house with bitcoin

Alternatively, you can buy a home with bitcoin by exchanging your crypto for fiat currency through a payment provider during the time of sale.

Services allow sellers and buyers to protect themselves against price fluctuations of bitcoin. They can do this by converting the digital money to US dollars when they make the payment.

Most real estate businesses that have houses for sale take advantage of a crypto payment service to accept cryptocurrencies then receive the money in fiat currency.

Advantages of buying a house with crypto

The value of crypto can change wildly. So once you buy a house with crypto, you’re trading a volatile property for a less volatile asset. This may be the right action for certain types of investors. Nonetheless, this might turn against you if crypto price falls again.

If a seller settles with crypto, they can provide you a discount. Offering discounts to people paying with crypto has become rather common among industries that accept crypto, especially those that truly have the cryptocurrency on their balance sheets.

The popularity of cryptocurrencies in e-Commerce is growing rapidly, and several stores are now accepting them as a means of payment. Bitcoin is the most popular engine of that transformation. The rise of digital wallets like Coinbase and Metamask (check out the Coinbase vs MetaMask comprehensive comparison to learn more) makes it very easy for businesses and customers to process payments immediately and at a much lower cost. However, there are several other benefits you can realize by integrating Bitcoin into your e-commerce platform. Here’s why Bitcoin is one of the best things happening in e-commerce.

Exposure to a broader market

Recent statistics point to more than 300 million cryptocurrency users worldwide, with an average ownership rate of 3.9%. In addition, more than 18,000 companies currently use cryptocurrencies, and Bitcoin accounts for the largest number of users. By integrating Bitcoin as a payment method, you get access to a larger global market. It would allow you to appeal to many more customers from around the world who are already using cryptocurrency.

All Bitcoin Transactions take place on the blockchain, which allows users to send and receive payments within minutes. That’s more convenient than credit cards where it can even take days for payments to be made. The fast processing of payments would allow you to serve multiple customers without any hassle, significantly improving your business operations. Bitcoin also allows you to quickly send payments to vendors that accept crypto if you need to order new products for your store.

Sending or receiving money in Bitcoin does not involve third parties, such as banks and other financial service providers. Bitcoin is also not subject to the high fees charged on credit cards. That is why it is always cheaper to send and receive money in Bitcoin. This allows your business to cut costs and streamline cash flow without having to implement heavy strategies. However, the fees may vary depending on whether you accept Bitcoin directly into your wallet or through a service provider. Nevertheless, the cost of Bitcoin Transactions is relatively lower than that of other electronic payment methods.

Unlike cash payments or credit card payments where you have to keep separate records, the underlying technology of Bitcoin collects all the transaction data on the network. It generates a public digital ledger with up-to-date information on all transactions related to your account. Each node on the network contains a copy of the catalog, making it impossible for anyone to change the data. All Bitcoin users can access the ledger when it suits them through their private keys. That way, you can track all your Bitcoin Transactions with customers and suppliers.

Better control over your money

Bitcoin is a virtual, decentralized currency, which is not subject to government regulations or financial institutions. That gives you more flexibility in spending your money. You can decide to exchange bitcoin for money, use it for crypto trading, or acquire investments. You could also accumulate profits in Bitcoin as a separate long-term investment.

Accepting Bitcoin payments in your e-commerce store can bring all the benefits discussed above. However, it would help if you did some more research to learn more about the crypto market and the most effective ways to integrate Bitcoin into your online business.

Cryptocurrencies have the potential to transform the financial world as you know it today. Finally, they challenge the traditional financial infrastructure.

Some of the most important benefits of cryptocurrencies are not in the cryptocurrencies themselves, but in the infrastructure they are built on. The so-called blockchain is a decentralized, digital cash book. It records every transaction that is carried out in it. Once an entry has been created in the blockchain, it cannot be deleted. And because the blockchain is stored decentrally across various computers, no hacker can access the whole database at once. In this way, all information stored on it is secured forever. 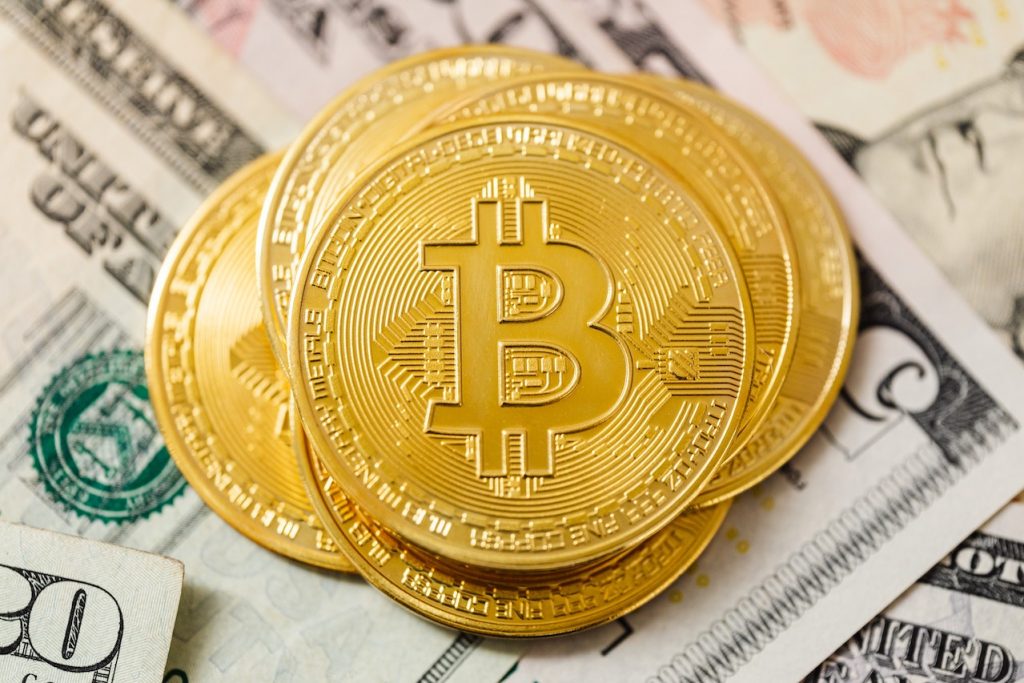 The situation in the global financial markets is currently very difficult. Economists even predict an imminent transition to a recession, ie a fall in production and a slowdown in economic growth. It will no doubt affect all of us regardless of which country we live in, but the greatest sense of insecurity is likely to be felt by those who own bitcoins. Why?

Bitcoin has lost value. If only because we haven’t seen a global recession or major economic crisis since the advent of cryptocurrencies. The emergence of bitcoin happened as a sort of response to the global financial crisis in 2008. The inventor of bitcoin, Satoshi Nakamoto (or a group of inventors), heralded the cryptocurrency itself as salvation from banks and centralized financial institutions. So what would happen to Bitcoin in the event of a new global economic recession? There are a few considerations for this.

But first, we should explain what a recession is. We probably all remember the global financial crisis of 2008, but what is a recession, and what triggers it? There are many different factors that can cause a recession: political instability, climate change, war – the list goes on. However, a recession is a temporary economic slowdown (the key word here is “temporary”) characterized by a two-quarter decline in GDP.

How Could a Recession Affect Bitcoin?

There are two possible scenarios here: either Bitcoin thrives or it takes a big hit. What will actually happen is at least very difficult or impossible to guess. However, the answer is imperative for those who invest in Bitcoins (kryptowährungen kaufen).

Imagine the scenario of Bitcoin thriving during an economic recession. Stagnant financial markets may increase Bitcoin acceptance. In countries with high inflation like Venezuela and Zimbabwe, Bitcoin is already trading at a premium of 40 percent. High inflation rates make investments less valuable and less stable, which discourages investors. Although bitcoin is influenced in some ways by global markets, it has been called the digital equivalent of gold. This makes this cryptocurrency a financially safe investment.

During a global recession, inflation – that is, the general level of prices – will naturally rise. Because of this, investing in traditional fiat instruments will become more expensive and less stable. This could very well work out in Bitcoin’s favor as more and more people will consider shifting their investments to cryptocurrencies and start trading cryptocurrencies on such trading platforms as bitcoin motion.

After all, even people far from the cryptocurrency industry have heard about Bitcoin’s marvelous profitability. All of this is fueled by sometimes crazy celebrity predictions, among other things.

On the other hand, a recession could result in the US dollar further consolidating its status as a world currency. In a recession, 99 percent of businesses are forced to cut costs and focus on survival. Job and wage cuts will further exacerbate the situation, and most middle-class people will need fiat savings to survive, not to spend on bitcoin and other cryptocurrencies. It is likely that many Bitcoin traders will even start selling their cryptocurrencies. This will subsequently lead to an increase in supply and consequently a fall in exchange rates.

So although Bitcoin was invented to save itself from the collapse of the economy, its history is not that long. Right now, it’s less than half the lifespan of an average fiat currency. So far it is impossible to predict how Bitcoin will behave in the next world crisis or recession – however, we have written down the possible scenarios. Anyway, the largest cryptocurrency still has a long way to go. 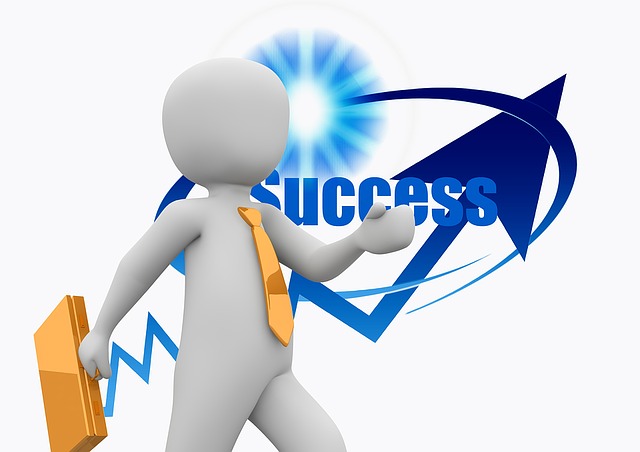